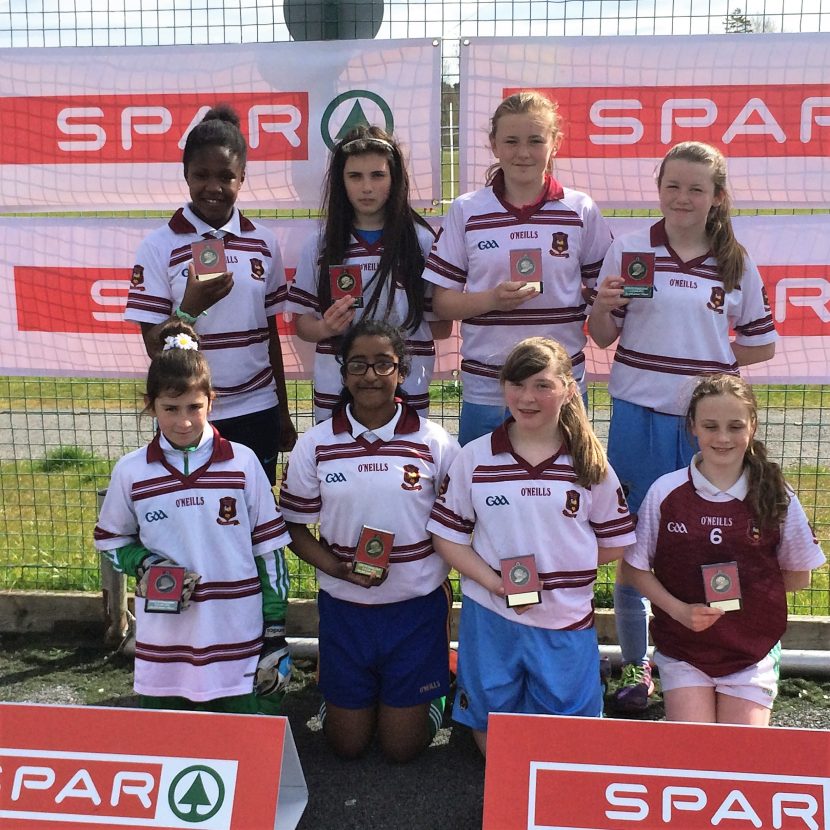 Well done to the boys and girls that recently participated in the Clare Primary Schools 5-a-side Soccer tournament at Lees Road, Ennis. The girls did extremely well to win the tournament by beating Ennis National School and drawing with the Holy Family National School. This was the first time the school had won this tournament. Wonderful performances with given by all girls on the panel and the team will now represent Clare in the Munster Finals in Waterford on the 20th April. The girls panel included the following;

The boys soccer team also did themselves and the school proud by making it to the final. Unfortunately they were beaten by a very good Sixmilebridge team. The boys won their previous two games convincingly and were unlucky not to have won the final. As a reward for the effort put into training and their matches, the boys will be going to Waterford with the girls to show their support. The boys team consisted of the follwing players;

Well done to all