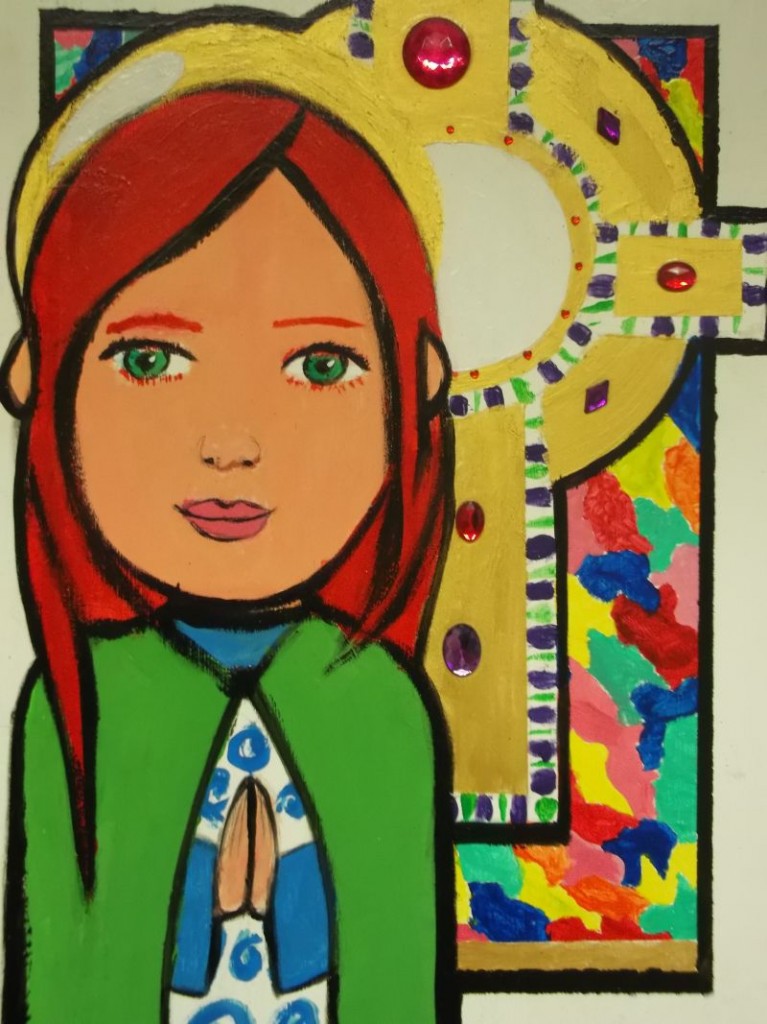 St. Conaire was born in west Cork. She lived over 1,500 years ago and was a very holy woman.

God spoke to her in a dream and directed her to Scattery Island in the Shannon Estuary.

Conaire made her way to the island (sometimes called Inis Cathaigh) and was met there by St. Senan.

Senan was unhappy and did not welcome her. He attempted to banish her from the island. They had a fierce argument but, in the end, Conaire managed to land on the shore.

When she died, the monks buried Conaire under a large stone by the tide line.

Senior pupils visit St. Conaire’s church in Carrygerry and learn about her and her times.

We also erect a special display to mark this special day in the life of our school.