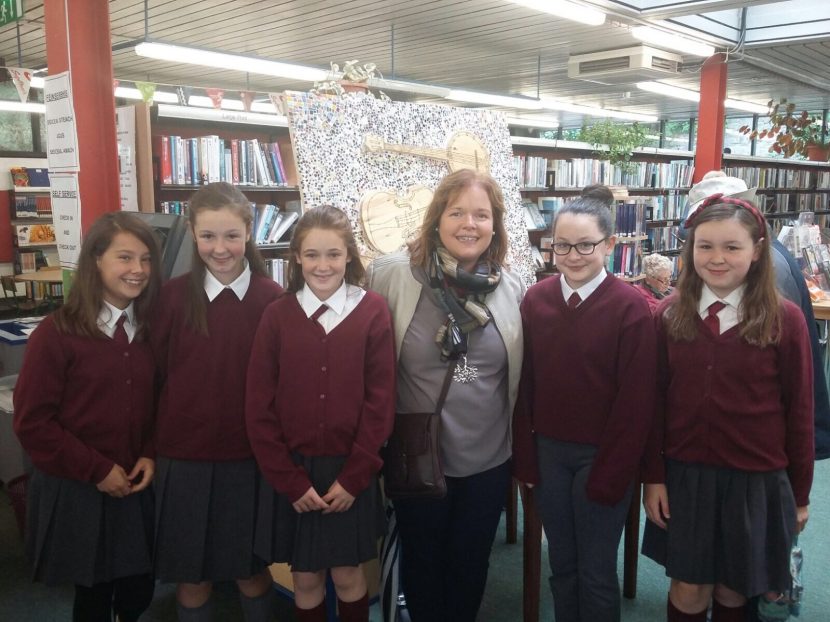 Ms.White and Mr. O Connell’s fifth class worked with the Traditional Singer in Residence Elle Marie O Dwyer in May 2017. During this term we learned lots of old traditional songs. In June we recorded a song on the CD ‘Ag Canadh sa Chlar ‘with Matt Purcell. At 3pm, August 19th we launched the CD from the ‘Gig Rig’ at Fleadh Ceoil na hEireann in front of a crowd of 4,000 people!! The school was represented by Aoibhinn Brady Long, Jessica Dempsey, Ali O’ Sullivan, Zahra Aissou and myself Jessica Crampton. It was a really exciting experience where we had to sing live from the stage. We practised beforehand with Ms.White and Elle Marie in the library. The CD was launched by the Lord Mayor of Clare Tom McNamara. While it was a little daunting, it was a super experience. I would love to do it again. Thank you to Elle Marie, Ms.White and Mr. O’Connell for giving us this rare opportunity. Watch out X Factor!!!