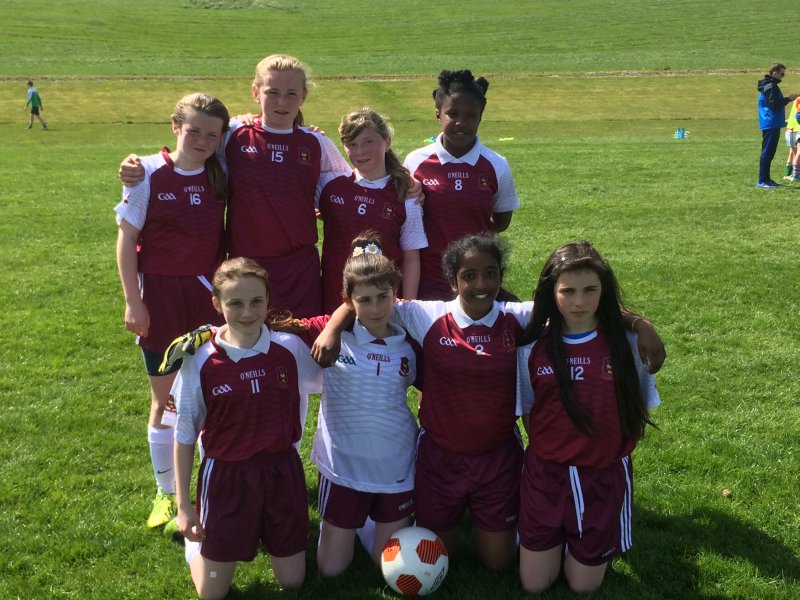 The long journey to Waterford was made by St. Conaire’s Girls 5-a-side soccer team last week as they were participating in the Munster finals. Expectations were high as the team and there supporters arrived at W.I.T. Sports Complex. The girls were drawn in a group with Cork and Kerry.

The first game was against St. Niocláis Primary School from Cork. Although this team were very strong the girls were unlucky to lose 5-3. St. Conaire’s needed to win their second game to progress in the competition. St. Niocláis Primary School had drawn with our next opponents, St. John’s N.S, Kenmare  in the previous game so the girls knew that they would be tough opposition.  However, any fears the girls had were quickly dispelled as they cruised to victory against the Kerry side with the final scoreline reading 3-0. This was a massive achievement as this team had not been beaten in soccer for almost 2 years. This result booked a spot for St. Conaire’s in the semi-finals.

Our opponents in the semi final would be Monaleen N.S., Limerick. The girls from Limerick City would have been a strongly tipped  by many  to become the eventual winners of the competition. The semi-final was a very difficult game for St. Conaire’s. Although we had most of the possession we found it difficult to score. Monaleen had excellent fowards and managed to score with what little possession they had. The final score was 3-1. The girls did themselves and the school proud with their attitude to each and every game. The panel included the following girls:

Well done to everyone. Click here to view pictures from the day.