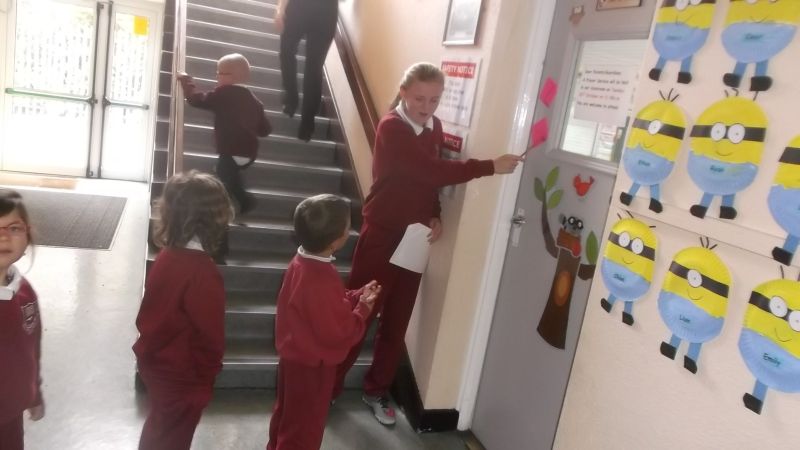 Maths Week 2015 was a great success in St. Conaire’s.  Planning and preparation began in September.  Each class from Juniors to 6th selected a time for their Maths Trail.  The pupils were divided into teams and worked as recorders, time-keepers, clue-finders and reporters.  Clues were placed at various locations around the school buildings and visitors to the school got to see the young mathematicians in action.

We also organised a Puzzle Hour, a tables competition and a “Guess the Number of Sweets” in a jar.  Lots of different mathematical skills were emphasised during the week and great learning and enjoyment were had by pupils and staff alike.  Click here to see a selection of photographs from Maths Week 2015.