Posted on 4 December 2015
Posted in All News 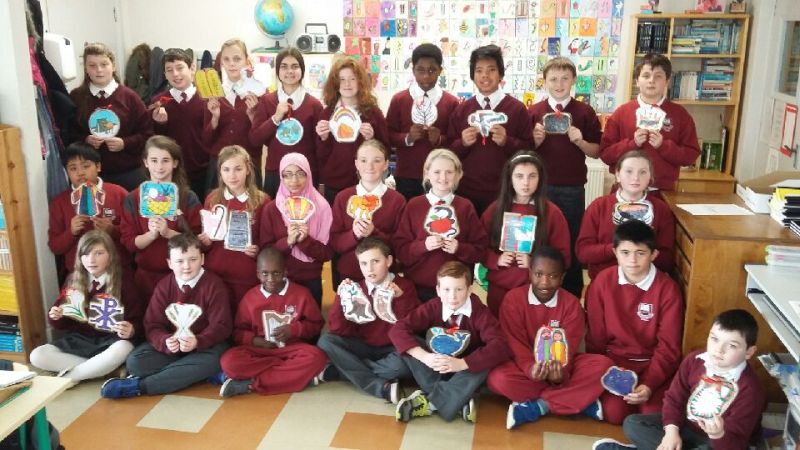 Pupils from St. Conaire’s 6th class have created a set of symbols for one of our parish’s Jesse Trees.  The pupils organised the decoration of the symbols and the explanations of their significance which appear on the reverse side of the artwork.  Many thanks to Mary Lehane, Ms. O’Driscoll and Ms. White for their work with the pupils.

A Jesse Tree is one of the lovely ways in which we begin to prepare for Christmas.  Jesse was the father of King David of the Old Testament.  In the Catholic church there is a tradition of showing the link between Jesse, David and Jesus. It is also used to help tell the story of God’s love for us from Creation to the coming of Jesus.   A tree was selected as the way to show these links.  The various branches of the tree will have symbols hanging from them.  On the tree is Ss. John & Paul church will be the following symbols:

Tools; the night sky; An ark;  a shell; a lion; an apples and serpent; a whale; Mary and Joseph; a crown; Baby Jesus; a wall; the Jesse Tree itself; a ladder; a ram; tablets (for the Ten Commandments); a tent; a baby in a basket; a star; a colourful coat; a lamb; a watchtower; our world; Chi-Rho – a symbol for Jesus composed of the first two letters in Greek for the word Christos; a water pitcher; a lily; wheat; a tree stump with a shoot coming out of it; a harp symbolising music and a horn.